We’re situated on the historic Sloane Street in Chelsea, home to London’s most elegant luxury brands.

The heart of Chelsea

Originally created to link the King’s Road to Knightsbridge for the first Earl Cadogan, Sloane Street was home to many of the ‘Court’ dressmakers, corsetieres and milliners and has remained a popular shopping destination since the 18th century.

Cadogan Clinic occupies a beautiful converted Georgian Townhouse towards Sloane Square, and is the only specialist aesthetic Clinic in the area. 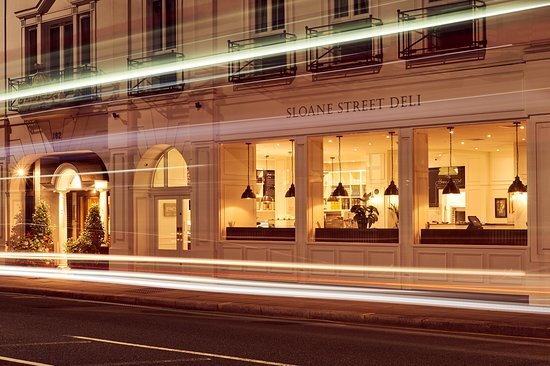 Explore the neighbourhood during your visit

During your visit to the Cadogan Clinic make sure to explore the rest of the Chelsea neighbourhood whilst you are in town.

Just around the corner from our front door you can discover Chelsea’s village feel – artisan food, beauty, fashion and restaurants on Pavilion Road. From fine gourmet delicacies to exquisite ingredients of the highest quality, Pavilion Road is a much welcome recent addition to the local shopping area.

Established fashion and beauty boutiques have been joined by exciting new artisan food shops including a butcher, baker, wine merchant, cheesemonger and greengrocer, as well as a barbers, stationers, general store and fishmonger.

In the summer this is one of London’s most beautiful street to enjoy an al-fresco cup of coffee or an indulgent pastry whilst soaking up the local atmosphere.

'Chelsea, a town of palaces'

The history of our neighbourhood runs back 500 years and has long been steeped in the creative arts and bohemian culture. Over the centuries artists such as Turner, Whistler and Bacon have had their studios here, and painted famous scenes of the houses and riverside.

In the spectacular Swinging Sixties and Seventies the Kings Road became synonymous with the mini-skirt revolution with the punk scene born at Vivienne Westward’s clothes store, with the surrounding Chelsea streets becoming the stomping ground of the fashionable jet set. Bands such as The Rolling Stones, The Who and Bob Marley lived, shopped and partied here.

More recently the neighbourhood has become synonymous with the world of high fashion and luxury brands, with the best brands in the world from retail to healthcare choosing to make Chelsea their home. Our current neighbours range from luxury hotels such as The Beaverbrook Townhouse and The Cadogan Belmond, to luxury fashion retailers such as Loro Piana, Balenciaga and Hermes.

Notable local residents over the years have included everyone from Oscar Wilde, Jane Austen, and AA Milne to Elton John, Stella McCartney and Richard Branson.