Facial injections such as Botox® and Azzalure are local muscle relaxants adapted from the botulinum toxin type-A.

They work by relaxing the facial muscles responsible for wrinkles and are the most performed non-surgical procedures in the world.

Botox® and Azzalure treatments are an easy, relatively pain-free process and a great solution for reducing the appearance of wrinkles around the face, primarily in the brow, eye and cheek areas.

The procedure is done during a 30-minute consultation and involves a few tiny injections into the areas of concern. You are then able to return to your normal daily routine immediately without the need for a lengthy recovery period. The treated lines on your face will begin to soften over a three to five day period following the procedure and their appearance will further improve over the next two weeks. Your new, fresher appearance and feel will stay with you for three to six months (every result is different depending on how quickly your body breaks down the toxin), at which point treatment is easily repeated. Our patients say we provide the best wrinkle reduction treatment available in London.

Alternative areas of application for Botox® and Azzalure injections is to treat Hyperhidrosis (excessive sweating) under the arms where it is a proven method of preventing perspiration for up to six months at a time, or migraines. Please contact us for more information on treating either of these conditions.

What is Profhilo? How does it work?

Profhilo is a gel of hyaluronic acid, which is injected into pre-determined points to give a “hydrolift” effect. It boosts skin hydration and thereby tightening the skin. Hyaluronic acid can hold 1000 times its weight in water creating a significant deep moisturizing activity. In addition, Profhilo remodels the skin by stimulating elastin and collagen production, giving it a firmer, plumper and smoother texture.

The treatment leads to an overall improvement of the skin quality by restoring skin hydration, tone and elasticity.

How does it compare with dermal fillers?

Profhilo, unlike standard fillers, is made from hyaluronic acid which is not cross-linked. Its structure is a highly spreadable gel, which is not intended to replace volume locally, but flows over an extended area to improve the general skin condition. It can be used on the face, neck and body (décolleté, arms and hands…).

How long do the results of Profhilo last?

The treatment consists of two sessions one month apart. Some improvement can be seen from one week after the first injection, but the results take full effect around one month after the second injection and will last for about six months.

Where can Profhilo be used?

Profhilo is most typically used on the face, however it’s often used to rejuvenate the neck, décolleté, arms, hands and neck areas as well. It help reduce sagginess in skin and wrinkled texture, so it’s become more popular to use as a treatment on the décolleté where there is often sun damage and wrinkles as we age.

What are the risks associated with Profhilo treatment?

Some people may experience undesired effects at the injection sites such as redness, swelling, slight bruising and tenderness, but these are temporary and should resolve within a few hours to a couple of days.

How many treatments of Profhilo will I need?

To achieve the best results, we recommend that you have two treatments done within 4 weeks of each other. You may start to see results as soon as one week following treatment, but it may take up to 4 weeks to see the full results.

Am I a good candidate for Profhilo?

After the age 30, we begin to lose large amounts of collagen, elastin and hyaluronic acid. Many patients will begin to consider treatment form age 30+. This is an excellent choice if you’re noticing the signs of aging skin but aren’t ready to have derma fillers done yet. Profhilo is wonderful for patients looking to have a rejuvenated look, without adding volume in specific places but instead a more overall natural youthful glow.

What’s the difference between Botox and Azzalure?

Botox® and Azzalure are both compounds of botulinum toxin type A, a neurotoxin produced by the Clostridium botulinum.

Botox was approved by the Food and Drug Administration (FDA) for the cosmetic treatment of wrinkles and frown lines in 2002; Dysport was approved for the same use in 2009.

As injectable treatments for wrinkles and frown lines, Botox and Azzalure work similarly: they both contain very small doses of botulinum toxin, which inhibits the stimulation of nerves, with the effect of relaxing the muscles that cause facial wrinkles. Azzalure spreads a bit farther from the injection point than Botox. This is an advantage, as fewer injections are required in large areas (such as the forehead), with less potential discomfort for the patient.

However, with that being said, there have been numerous studies performed to assess the differences between the different preparations, and there is the wealth of anecdotal evidence collected as expert opinion from doctors who have performed thousands of treatments.  The duration of effect has been studied, the side effect profile, the spread, the diffusion, patient and practitioner satisfaction. So far no significant difference in the overall effects between the two has been identified. In short, for the patient, there is no significant clinical difference between the formulations, it is simply up to which formulation your consultant feels is best suited to you.

We recommend booking an appointment at Cadogan Clinic to see which one is right for you.

What is the difference between Botox And Dysport?

Botox (onabotulinumtoxinA) and Dysport (abobotulinumtoxinA) are both compounds of botulinum toxin type A, a neurotoxin produced by the Clostridium botulinum used cosmetically for the reduction and prevention of lines and wrinkles.  Botox was approved by the Food and Drug Administration (FDA) for the cosmetic treatment of wrinkles and frown lines in 2002; Dysport was approved for the same use in 2009.

As cosmetic injectable treatments, Botox and Dysport work similarly: they contain very small doses of botulinum toxin, Dysport spreads a bit farther from the injection point than Botox. This is an advantage, as fewer injections are required in large areas (such as the forehead), with less potential discomfort for the patient. On the other hand, with Dysport it is even more important that the injection is performed by an experienced and skilled professional, able to prevent it from spreading into nearby areas, causing unwanted side effects.

How do Anti-Wrinkle Injections Work?

Botox and Dysport are both compounds of ‘’botulinum toxin type A’’ which is a neurotoxin produced by the Clostridium Botulinum Bacterium. This toxin, present in extremely small doses, inhibits the nerve stimulation of muscles by preventing nerves from releasing a chemical called acetylcholine. Cosmetically Botox and Dysport injections have the beneficial effect of relaxing facial muscles improving the appearance of frown lines and reducing and preventing the further development of wrinkles - helping skin to look younger and smoother.

What is the difference between Botox and dermal fillers?

Dermal Fillers are a soft tissue filler that is injected into the skin to help fill out facial wrinkles and cavities and add volume to the face, for a fuller, smoother appearance. Like Botox, these are temporary as they are eventually absorbed by the body. Often used cosmetically to soften facial wrinkles, lines and other skin imperfections and enhance facial volume.

There are many different types of fillers, each has its own specificities and tends to work better on certain areas and not in others. Some dermal fillers last longer than others.

Book a consultation with one of our specialists to discuss the best injectable treatments at Cadogan Clinic.

Am I suitable to have a Botox treatment?

Most individuals are suitable to potentially have this treatment however there are some instances where treatment wouldn’t be administered, these include;

+ Patients who have an infection around the area where the injection is planned.

What is Botox made of?

The main active ingredient of Botox Cosmetic injections is botulinum toxin type A, a toxin produced by the Clostridium Botulinum Bacterium.

In Botox Cosmetic injections, botulinum toxin is present in extremely small doses and has the beneficial effect of relaxing facial muscles preventing the development of wrinkles and frown lines.

What downtime can I expect with Botox?

One of the main benefits of Botox is that this quick and (generally) pain-free treatment, once complete, poses no threat of a long recovery, allowing patients to resume immediately to their normal daily activities.

The effect is visibly noticeable after around 24 - 72 hours once the treatment complete, but optimal results usually present after around 5 days’ post-treatment.

How often would I need to have a Botox treatment?

Typically, we recommend having a treatment every 3-6 months, however this is all very dependent upon the individual -  Botox is eventually metabolised into the body and the rates at which is, varies depending on different factors such as; diet, lifestyle, alcohol consumption and frequency of exercise.

What are the costs to have Botox?

At the Cadogan clinic, Botox treatments are charged by area and typically start from £295. Book a consultation today to determine the cost for your desired results.

What are the benefits of Botox?

Botulinum Toxin, or ‘’Botox’’ has many benefits both medically and cosmetically.

+ Cosmetically, Botox is primarily used to reduce the appearance of wrinkles, in particular around the brow, eyes and cheeks.

Is Botox safe? Are there risks or side effects?

Botox injections are the most performed non-surgical procedure in the world and a very safe, quick and painless treatment.  Potential side effects of the cosmetic use of Botox – although very uncommon – may include headaches, eyelid ptosis (drooping), blurred vision, dizziness and dried mouth. For a full description on the risks and side effects of Botox, we recommend a full consultation with one of our specialists.

What is Botox and how does it Work?

Botox injections contain ‘’botulinum toxin type A’’ which is a neurotoxin produced by the Clostridium Botulinum Bacterium. This toxin, present in extremely small doses, inhibits the nerve stimulation of muscles by preventing nerves from releasing a chemical called acetylcholine. In its cosmetic use, Botox injections have the beneficial effect of relaxing facial muscles improving the appearance of frown lines and reducing and preventing the further development of wrinkles - Botox helps the skin to look younger and smoother.

To enquire about a consultation with a Injectables specialist, please complete the form below. 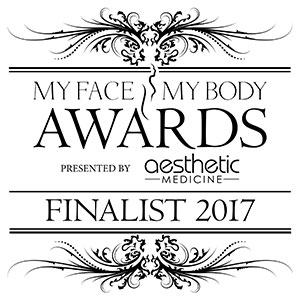 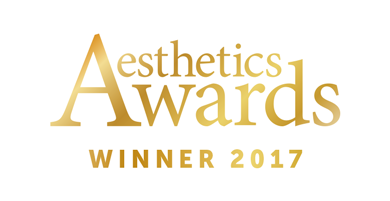 Non-surgical prices vary by person and procedure. Accurate prices will be quoted to you by our aesthetics ‎team. Please download our treatment menu for a rough guide on starting prices.

We offer package pricing for combined treatments. Consultant fees apply if seeing a Dermatologist or ‎Surgeon.‎

We are absolutely delighted to have been awarded Highly…

Dr Martin Nimmo, a dental and aesthetics doctor at the Cadogan…

Migraines are extremely common in the UK, affecting up to…

As the cosmetic surgery and aesthetic industry continues…

Dr Maryam Zamani has been featured in Harper's Bazaar Arabia,…

Our founders Mr Bryan Mayou and Dr Susan Mayou have been…

Nurse Libbie Wallace was featured on Cosmopolitan in an…

We are honoured to have be crowned the Best Clinic London…

FDA Warns Against Use of Injectable Silicone for Breast Enhancement