What breast augmentation scars can I expect?

For women who are considering breast surgery, they often have concerns about boob job scars. Having breast augmentation surgery is a big decision to take but it remains the most popular cosmetic procedure that is carried out in the UK.

For women, the results of this surgery can be life changing. The emotional and mental impact of being unhappy with the appearance of breasts can not be underestimated and surgery sees a welcome end to these feelings.

While surgery will improve the appearance of breasts, women do not then want to think that they will be left with significant breast augmentation scars. The presence of extreme scarring would perhaps undo the positive results achieved from the surgery in the first place and so it is understandable that reassurances will be sought prior to the procedure taking place. We are going to take a look at the issue of boob job scars so that you are fully informed before going ahead with any surgery. 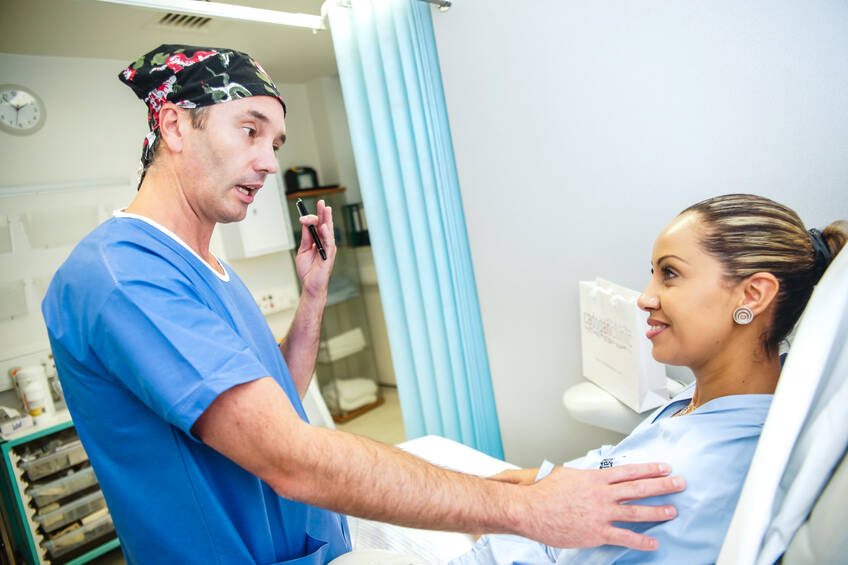 When breast surgery is carried out it involves thin incisions being made in the skin. The incisions are kept as small as is possible and tend to be made underneath the breast or, in some instances, near the areola. As the incisions began to heal they will appear red and will be raised above the surrounding skin. As the healing process continues the colour of these scars will change to pink. In time, breast augmentation scars should turn white and the texture should also change. They should no longer be raised and instead should be flat against the skin.

Given the location of the incisions, any boob job scars are not in prominent places that are easily visible. Scarring near the areola is easily concealed simply by wearing a bra and scars underneath the breast are generally hidden by clothing.

As we have seen, the incisions made during breast surgery are minimal and are particularly thin. This means that there should not be any excessive scarring. Give that a  boob job is a surgical procedure that involves incisions, a degree of scarring should be expected. To a degree, the extent of any breast augmentation scars is down to the surgeon carrying out the surgery. This is why you should only have this procedure carried out in a reputable clinic where there are expert surgeons. There are also actions that you can take following the surgery to reduce the appearance of scars. These include:

While exfoliating your skin is usually considered good for its overall condition it is important not to do this near your scars. Likewise, excessive scrubbing in the area of the scars should be avoided.

This doesn’t mean that you can never have a suntan again, but certainly, while you are healing tanning will make the appearance of any scars more obvious to the eye.

You should avoid any heavy lifting in line with the timescales given by your surgeon. Ignoring this could lead to wounds reopening and this could cause worse scarring.

Can I have a boob job without scars?

Breast augmentation requires an entry point for implants to placed in the breast. This means that there is a need for incisions to be made. This doesn’t mean that women should expect excessive scarring thought. The incisions are small, the scars fade over time, and in some cases, they will disappear completely. There are treatments that you can use after your surgery that may help boob job scars fade more quickly.

Some women may have heard about non-surgical boob jobs where there are no incisions. This procedure involves energy waves directed at the breasts that then stimulate the production of collagen. This tightens the skin and ‘lifts’ the breast. This technique is only suitable for women who are seeking subtle changes.

How long does it take for breast augmentation scars to heal?

The time it takes for scars to heal can vary from women to women. This can be affected by skin type and lifestyle choices too. It is common that soon after your surgery, boob job scars will begin to form as the incision areas heal. Initially, there may redness and swelling in the area as well. It is likely that the scar itself will remain red and bumpy for around 6 weeks.

It can be up to 6 months later when the breast augmentation scars actually heal. Whereas they will have been red and bumpy, it is at this time that they begin to soften to the touch. This is known as incision maturity.

How long does it take for breast augmentation scars to fade?

How long it takes for scarring to fade will also vary between each woman. It is usual for the scarring to remain red and raised for at least 6 months although in some cases this can be for a full year. The colour will gradually change from red to pink and then finally to white. It can take as long as 18 months for breast augmentation scars to significantly, but there are things that you can do to try and speed this process up.

How can I help by boob job scars fade?

Your surgeon will ensure that you are aware of actions that you can take to help your boob job scars fade. There are certain things that you can do for yourself such as massaging the scars, using scar gels, and ensuring that you apply suncream. If the scars become too bothersome, there are treatments available that can minimise their appearance even more:

IPL treatment is similar to laser treatments but doesn’t cause the same damage to your skin. It can be used to remove birthmarks and unwanted hair but is also beneficial when used on scars.

This is a procedure that aims to reduce the appearance of scars and is an effective option for scars anywhere on the face or body.

How long is breast augmentation recovery?

Although the recovery time will be dependent on individual circumstances, it is important to become familiar with how you may feel post surgery.

How will the breasts feel after a breast lift?

After a breast lift surgery procedure, the breasts will be supported in the bra; they will be swollen, firm and lumpy in the first few postoperative weeks.

How long does the abdominoplasty recovery process take?

A Thigh Lift is a surgical procedure designed to remove a surplus of loose leg skin and eliminate fat deposits in the thigh region, and restore a proportionate contour and firmer thigh.