Sometimes during a difficult birth, damage can be caused to the area between the vagina and the rectum. When a bad tear…

Vaginal rejuvenation is a combination of surgical procedures which can effectively improve the appearance, sensation…

Vaginal surgery can involve both the tightening of the vaginal pelvic floor, as well as rebuilding and reinforcing the…

Mr Yasser Diab is a consultant obstetrician and gynaecologist, and head of the department at London's prestigious Guys & St Thomas' NHS Trust. Yasser bases his private practice at the Cadogan Clinic in London.

As one of London's most senior gynaecologists, his scope of practice includes the mentoring and supervision of junior consultants and performing complex open and key-hole gynaecological procedures.

Yasser graduated in 1984 after completing his specialist training in obstetrics and gynaecology in Egypt. When he moved to the UK in 1998, he undertook further specialist training which included working as a senior registrar, senior clinical fellow and a locum consultant at Guy’s and St Thomas’ for four years.

Yasser was appointed as a consultant obstetrician and gynaecologist at the Royal Surrey County Hospital NHS Foundation Trust from 2009 to 2014 where he was the clinical lead for emergency gynaecology and early pregnancy services and was the lead consultant for medical education. In 2014, he was appointed at Guys and St Thomas’ as a consultant gynaecologist with special interest in early pregnancy and acute gynaecology. During that period he undertook the position of  lead clinician for emergency gynaecology and the lead clinician for undergraduate medical education and is currently the head of service for gynaecology. 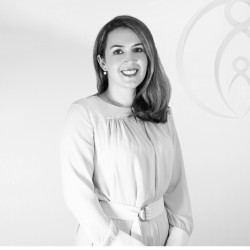