A Brazilian butt lift, often known just by its initials BBL, is a highly popular cosmetic procedure which involves fat…

Daniel Del Vecchio, M.D. is a world-renowned authority on fat transplantation to the breast and buttocks. He is currently a consultant surgeon at Harvard’s Massachusetts General Hospital in Boston and is a consultant surgeon at Lenox Hill Hospital in New York City. He is board-certified in plastic surgery and has expertise in cosmetic surgery to the breast and buttocks.

As an invited speaker and visiting professor, he has taught BBL and fat grafting to the breasts on six continents, in countries including China, Vietnam, Australia, Egypt, France, Italy, Spain, Sweden, Russia, Mexico and Colombia. He has published extensively on the topics of fat grafting and has been awarded “Best Paper in Plastic Surgery” two times; one for designing a new procedure called SIEF- “Simultaneous Implant Exchange With Fat” in 2011, and for designing a new procedure called “Composite Breast Augmentation” in 2013. In 2019 Mr. Del Vecchio won the Tiffany Award for best lecture on BBL safety at the ASAPS annual meeting.

Mr. Del Vecchio’s research focuses on fat transplantation and on patient safety and has published over 30 papers on these topics. He received his undergraduate degree from Yale University and his MD from Harvard Medical School. His Master’s degree in business administration was obtained at Columbia University and he completed his residency and fellowship in plastic surgery at Harvard’s Massachusetts General Hospital. He is licensed in the US, Italy, and in the UK.

Common Sense for the Common Good: Staying Subcutaneous during Fat Transplantation to the Gluteal Region

Safety Comparison of Abdominoplasty and Brazilian Butt Lift: What the Literature Tells Us

Some of Daniel'sbefore and after images 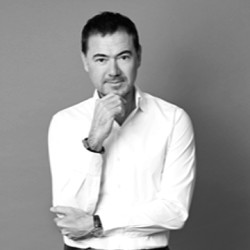